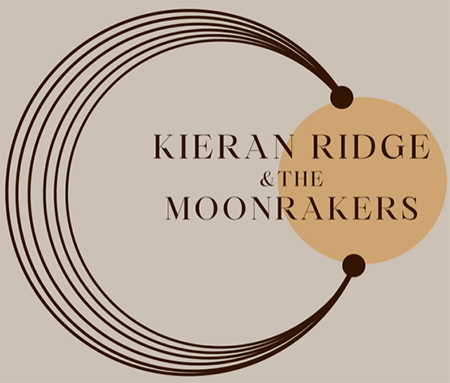 Since its 2021 release, Kieran Ridge & The Moonrakers’ album has been played on radio stations in at least 35 states, have been a featured performer on Freight Train Boogie and the Americana Music Show, as well as receiving rave reviews from critics. Additionally, The Americana Music Show has chosen Kieran Ridge & The Moonrakers as #14 on their list of the best Americana albums of the year.

Boston singer-songwriter Kieran Ridge has written, produced and recorded four albums. The first three with The Kieran Ridge Band, and now the self-titled LP Kieran Ridge & The Moonrakers with his current band.

Kieran’s previous releases have been widely played on Americana radio shows across the U.S., Canada, as well as nine European nations.

In addition to Kieran on guitar and lead vocals, The Moonrakers feature some of Boston’s best Americana musicians: Hannah Rose Baker on fiddle, Liam Dailey on mandolin and banjo, Pat Hannafin on drums and percussion, and Michael Doughty on the bass.