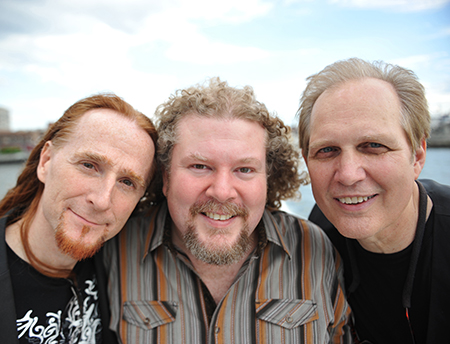 "The moment Greg Greenway, Joe Jencks and Pat Wictor pooled their voices as Brother Sun in 2011, the folk world was enriched by their harmony, humanity, and humor.” – John Platt, WFUV – New York

National Touring Artists Greg Greenway, Pat Wictor, and Joe Jencks have made their mark as veteran touring singer-songwriters, but Brother Sun is no songwriter's round. The trio's harmonies, as much as their lyrics, tell what they are about: warm as a campfire, stirring as a gospel church, rousing as a call to arms. Fusing folk, Americana, blues, pop, jazz, rock, and a cappella singing, Brother Sun is an explosion of musical diversity and harmony, in the finest of male singing traditions.

From three major points on the map Boston, New York, and Chicago - Greg, Pat, and Joe have blended themselves into Brother Sun: a unique celebration of the amazing power of singing together. As they will tell you, the music of Brother Sun is not resident in any one of them – but rather it exists in the space between them. Audiences feel this sincerity immediately. Their combined musical skills make for an unforgettable experience - three rich voices blending on a well-crafted foundation of guitar, slide guitar, piano, ukulele, and bouzouki.

Brother Sun's debut CD announced to the world that these respected singer-songwriters had banded together to produce some of the most powerful male harmonies on the acoustic music scene. After two years of nationwide touring and performances marked by outstanding songwriting, ethereal harmonies, off-the-cuff humor, and standing ovations, they have released Some Part of the Truth: a CD that goes a large step further in revealing Brother Sun not only as singers, but as complete musicians.
http://brothersun.com/