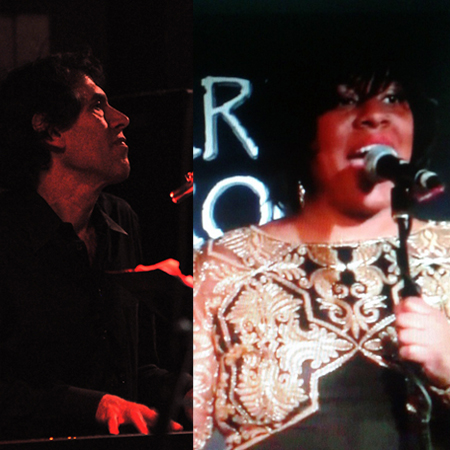 OCTAVIA has performed in the Boston area to the delight of many, and she has also been blessed to travel to South Africa, Brazil, and Nicaragua to share her musical talents in spirited performances of Gospel, Blues, and Jazz repertoire. She received her Diploma in Jazz Studies from the New England Conservatory of Music and her teachers have included Hankus Netsky, Dominique Eade and Semenya McCord. Her recordings are available on CDbaby.

A multi-instrumentalist, composer, and ethnomusicologist, HANKUS NETSKY is chair of Contemporary Improvisation at New England Conservatory and founder and director of the Klezmer Conservatory Band. He has composed extensively for film theater and television, and has collaborated closely with Itzhak Perlman, Robin Williams, Joel Grey, Theodore Bikel, Linda J. Chase, Robert Pinsky, Eden MacAdam-Somer, and Robert Brustein. An artist at home in many musical styles, he has recorded on Sony, EMI, Rounder, Vanguard, Tzadik, Wild Garden, and Traditional Crossroads.

A first year student at New England Conservatory, bassist ANNA ABONDOLO is the recipient of a Spotlight Award from the Los Angles Music Center, resulting in a high-profile performance at Disney Concert Hall. Her high school jazz combo won the Monterey Next Generation Jazz competition, which led to her debut at the Monterey Jazz Festival. This past summer, Anna toured Europe as a part of Carnegie Hall's National Youth Orchestra Jazz Program. Anna has performed with artists including Sean Jones, Dianne Reeves, Jerry Bergonzi, and Tom Kubis.