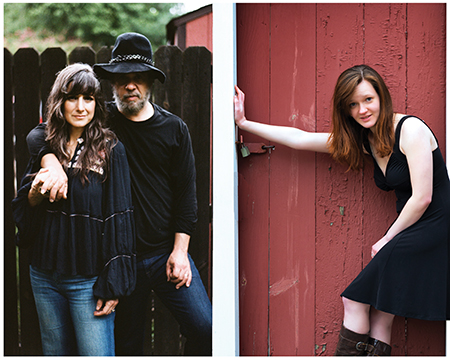 Suzie Brown - A 1970s-inspired folk-pop songwriter, Suzie Brown has chased her unique muse for a decade, making modern-day roots music that nods to the soul singers, heartland rockers, and blues artists who came before her. Gluing the sound together is the unforced voice and honest, autobiographical songwriting of a Renaissance woman who's not only an acclaimed musician, but also an Advanced Heart Failure cardiologist and mother of two. Her songs have earned recognition from the NewSong Music Competition, International Songwriting Competition, Independent Music Awards, and Forbes Magazine. "I love everything about you, Suzie — you're wearing a lot of hats, and wearing them all well,"said broadcast journalist Gayle King during an episode of CBS This Morning that showcased Brown's unique balancing act between music, medicine, and motherhood. Brown turns that balancing act into music, rolling with the punches, adjusting to the changing times, and writing the ever-evolving soundtrack to her journey.

"There's nothing common about this rising talent." -WXPN
https://www.suziebrownsongs.com/


Scot Sax knows his way around a song.  He has been writing them for years, whether it was with his own bands Wanderlust and Feel, or as a purveyor of hits for singers like Faith Hill and Tim McGraw. It was Sax, in fact, who co-wrote the country duo’s Grammy-winning smash “Like We Never Loved At All.”  His catchy “I Am the Summertime,” penned while with the band Bachelor Number One, was featured in the blockbuster “American Pie.” And he’s netted countless TV credits, with song placements in shows like “Ghost Whisperer,” “NCIS,” “CSI: NY” and “Keeping up with the Kardashians.”

Brown and Sax met by chance at a mutual friend’s wedding.  11 months later they were married.  It didn’t take long to realize that their chemistry was infectious both on and off the stage, and they have been slowly but surely combining their musical worlds.

Formed Wanderlust (RCA), opened for The Who,


Rachel Marie follows in a tradition of unapologetically forthright women folksingers, with songs that hearken to "overstuffed lines of Tori Amos, philosophical turn of Indigo Girls, and lilting vocals like Joni Mitchell." The social awareness of folk meets the introspection of the singer-songwriter tradition with a moderate dose of snark. Rachel takes a straightforward and honest approach to songwriting in an effort to foster human connection and encourage empathy through music. An endearingly quirky and comedic stage presence as honest as her songs makes a show with Rachel Marie equal parts cathartic and fun.
http://rachelmarie.com