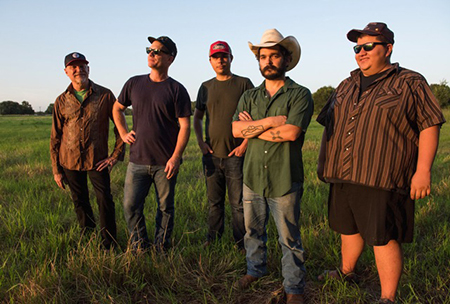 In an age when independence is idolized and every person seems to be seeking their own lone wolf career path, Seattle-based roots band Western Centuries believes that the way forward is better together. Collaboration, inspiration and mutual admiration are what Cahalen Morrison, Ethan Lawton, and Jim Miller cite as the heart of their project. Western Centuries celebrates their third album as a “band’s band” with the release of Call the Captain, (a tongue-in-cheek reference to the band’s lack of hierarchy), due out April 3 on Free Dirt Records. Unsurprisingly for such an egalitarian outfit, the collection offers harsh criticism of dogmatic belief systems, all while leading by example with a unique, genre-defying sound.

Morrison and Lawton met in Seattle, where Morrison was playing primarily as part of acoustic duo Cahalen Morrison & Eli West, and Lawton was working with Zoe Muth and the Lost High Rollers. The two began playing together casually, and bonded over their love for a few Dirk Powell records which featured Jim Miller’s singing. When they heard that Miller had moved to Seattle they made a point to connect with him and the three found a shared artistic outlook as well as a burgeoning friendship. Each an established musician in his own right, Morrison, Lawton and Miller (a founding member of roots-jam band Donna the Buffalo) share lead singer and songwriter duties, while swapping instruments onstage with ease. “I had been in Donna the Buffalo for 20 years and my role in that was rhythm guitar and harmony singing,” says Miller. “I didn’t want to be the backup dude anymore. My thought was, if I’m gonna’ do this, I want to contribute to the material in a more meaningful way.” Thus, Western Centuries was born—a band without a leader; a ship without a captain.

On Call the Captain, all three songwriters express sentiments that reject dogmatic authority. On the gospel inspired ballad “Long Dreadful Journey,” Lawton sings “Self-righteous stand up and they raise up their cups / Claiming all great victories and spoils / But the power and the greed brought the meek to their knees / Left not a thing to inherit at the end of the world.” The song is a powerful message about means and ends. “To me, religion is a false framework, which makes the terrible things that are done in its name that much worse,'' says Lawton.

The band expresses similar scorn for misguided missionary work in Morrison’s “Dynamite Kid.” The song describes a land grant battle in Northern New Mexico, with the chorus proclaiming “Here comes the Dynamite Kid / He’s got a box of wooden matches and a shit eating grin / Just like his daddy did.” Colonialism takes on a whole new geographic context in Miller’s satirical “Space Force,” an imagination of President Trump’s proposed sixth branch of the armed services. “   I want to join the Space Force /  And wear a silver suit /...We’ll cruise around the galaxy /  Taking all the bad guys down  / Our crimes will be forgotten  / Cause the Space Dogs are back in town,” sings Miller. The song’s nostalgic 1980s-influenced production hearkens back to a decade known as the Shuttle Era and American pride in the space race.

Throughout the album, three part vocal harmonies add heft and meaning to each song, with a distinct rhythmic agreement among the singers, revealing a shared belief of just how music should be made. “Even if there are drums, electric guitars and synthesizers, we all like to come at the music in a similar way as we would approach a bluegrass song. Supporting the lead singer, singing three part harmonies, and letting the instrumentalists be featured; it just feels natural,” explains Morrison.

Lawton, Morrison, and Miller are joined on the record by a world-class cast of musicians, many of whom have made a name for themselves outside of Western Centuries. Nokosee Fields, who plays bass on the album, is better known as an old-time fiddle player, having won first place on fiddle at the 2019 Clifftop Appalachian String Band Festival in West Virginia. Thomas Bryan Eaton, known for his work with Miss Tess, plays inspired pedal steel on all 12 tracks of Call the Captain while Oliver Bates Craven, formerly of the Stray Birds, plays fiddle, crossing a range of styles and emotions from mellow and melancholy to downright aggressive. Jim Lauderdale, a name almost synonymous with the Americana genre in Nashville, sings harmony vocals on two tracks, as well as lead on the final verse of “Space Force.” Additional cameos include John Pahmer on keyboards and Tara Nevins (Donna the Buffalo) on tambourine. The record was recorded and mixed in the studio of GRAMMY-nominated producer Bill Reynolds, former bass player for Band of Horses, and one of Nashville’s most innovative roots music producers. “It’s refreshing to work with a band that puts in the work to create a sound together; something a plug-in or a computer can’t replicate,” says Reynolds of the process. “It’s a damn blast to record; the 2-inch tape machine just eats it up.”

Although Lawton, Morrison and Miller all have a deep respect for and fluency in old time, bluegrass, and country music, they aren’t afraid to break the rules when it comes to instrumentation, arrangement, or sentiment. “There is a lot of pride in who you are and where you come from in roots music, and that’s not something that we want to discount necessarily,” explains Lawton. “But I think you can make music that comes from these amazing and rich places, and still be hyper critical of those places.”

On Call the Captain, Western Centuries offers an embarrassment of musical riches. The band demonstrates what is possible when ego steps aside in favor of collaboration. From the searing imagery of “Every Time It’s Raining,” to the lovesick “Heart Broke Syndrome,” to the profound and existential “Before That Final Bell,” the virtuosity of the group is understated. Nonetheless their ability to perfectly complement one another reveals the finest in each songwriter along the way.

“What a relief! Country music is alive and well. Great players, fine songwriting, and honest singers. These guys are doing it right.” —Willie Watson
"This record and band hits the spot. The songs are cool, smart, deep and fun (the way I like my swimming pools). They're rooted in classic country with a twist.” —Jim Lauderdale
"The new album by Western Centuries is proof that country is alive and well. If you're a fan of classic country, you'll love this album." —Gary Schwind, The Examiner
"Western Centuries comprises a terrific blend of what we love at WNCW: good ole’ rock-n-roll, a healthy dose of honky-tonk twang, and some great songwriting courtesy of Cahalen Morrison, Jim Miller, and Ethan Lawton." —Martin Anderson, Music Director & Morning Host, WNCW-FM, Spindale, NC

- COVID-19 Vaccination card or copy/photo of, and ID To Match required for entry
- Somerville Currently has a "Mask Mandate" In Place. Masks must be worn indoors, even at tables if not actively eating/drinking.
- There will be no discussion about these policies at the door and no refunds will be given because of this policy.