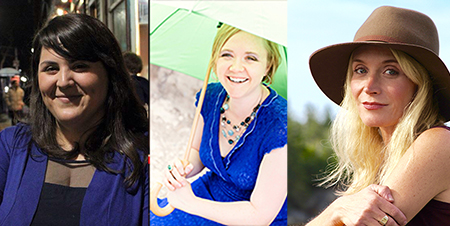 Mary George is a jazz-pop artist who explores themes of life, love, and loss, through a deeply spiritual lens. With a voice that is, at once, both stunningly powerful and warmly expressive, George's performances command the attention of listeners and seek to create authentic human connection.  George has performed at many venues in the Boston area, including The Burren, The Middle East, and the Lizard Lounge and is currently based on Cape Cod, MA. She independently released her first EP, Bird Songs, in May 2015 (under her maiden name, Mary Henriquez).

Creative, quirky, and cathartic, Mary Casielloʼs genre-bending piano-pop offers something for everyone. Her music has received favorable comparisons to that of Sara Bareilles, Billy Joel, Ben Folds, and Carole King. She is one half of the Boston-area rock duo Three At Home.