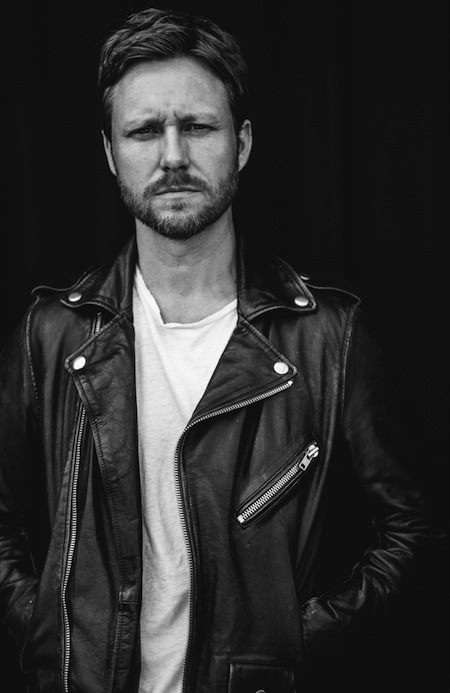 ADIOS is Cory Branan’s death record. Not the cheeriest of openings, but like all of Branan’s mercurial work, it’s probably not what you think. As funny and defiant as it is touching and sad, this self-dubbed “loser’s survival kit” doesn’t spare its subjects or the listener.

Not even Branan’s deceased father is let off the hook. In the tender homage “The Vow” he drolly cites his father’s favorite banality “that’s what you get for thinking” as “probably not the best lesson for kids.” For most songwriters that would be the punchline but Branan pushes through words and, in his father’s actions, finds a kind of “genius in the effortless way he just ‘did’.”

Not all the death on ADIOS is literal mortality. “Imogene” is sung from the wreckage of a love that once “poked fun at the pain, stoked the sun in the rain” but ends with the urgent call to “act on the embers, ash won’t remember the way back to fire.”

The trademark lyrical agility is mirrored sonically. Never a genre loyalist, ADIOS finds Branan (much like his musically restless heroes Elvis Costello and Tom Waits) coloring outside the lines in sometimes startling shades of fuzz and twang. While unafraid to play it arrow-straight when called for (“The Vow,” “Equinox,” “Don’t Go”), ADIOS veers wildly from the Buddy Holly-esque rave up “I Only Know” (sung with punk notables Laura Jane Grace and Dave Hause), through the swampy “Walls, MS” to the Costello-like new wave of “Visiting Hours.”

The blistering punk of “Another Nightmare in America” bops along daring listeners to “Look away, look away, move along, nothing to see here” (the song is written from the point of view of a racist killer cop). And as the mourning singer on “Cold Blue Moonlight” shifts from paralysis to panic, the song’s jazzy drone shifts to an almost Sabbath fury. The tonal shifts are always deliberate and not just simple genre hopping; while the turns can be jarring you can trust Branan to take you somewhere unexpected.

The 14-song album was self-produced and recorded in the spring of 2016 at Tweed Studios in Oxford, MS with a tight three piece: Branan on lead vocals and guitar (both electric and acoustic); Robbie Crowell (formerly of Deer Tick) on drums and percussion, keys, and horns; and James “Haggs” Haggerty on bass. Additionally, Amanda Shires contributes on fiddle and vocals, and Laura Jane Grace of Against Me! and Dave Hause provide guest vocals.
http://www.corybranan.com/

During the fall of 2007, Greg was writing country-tinged acoustic songs while living in Providence, RI. There, he was immersed in and inspired by the DIY folk scene watching local artists like Deer Tick, Brown Bird, and Joe Fletcher and the Wrong Reasons. This is when he was exposed to the songwriting chops of traveling troubadours like Townes Van Zant, John Prine, and Steve Earle.

In 2008 he released his self-produced debut album “No Taking Prisoners Tonight” on the West Virginia-based independent label Big Bullet Records.

“No Taking Prisoners Tonight is an incredibly solid debut effort that is sure to turn heads in the alt-country/folk scene. The full band arrangements allow Greg's acoustic driven songs to flourish into dirty rocking romps that would fit in at any rowdy country bar.” - Tucker Riggleman of Big Bullet Records
https://gregloftus.com/

- COVID-19 Vaccination card or copy/photo of, and ID To Match OR a Negative Covid Test Dated Within 48 Hours w/ID to match Is Required To Attend This Show
- Somerville Currently has a "Mask Mandate" In Place. Masks must be worn indoors, even at tables if not actively eating/drinking.
- In case of rain, outdoor shows will be moved indoors or rescheduled.
- There will be no discussion about these policies at the door and no refunds will be given because of this policy.