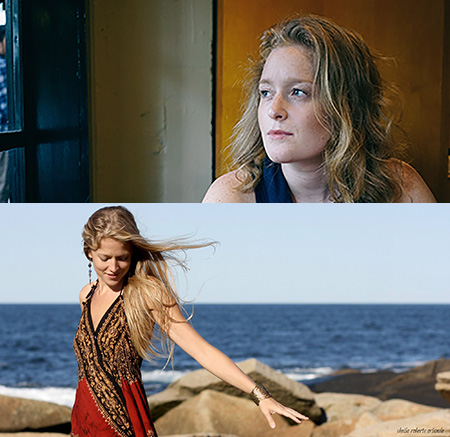 "How can a singer-songwriter have a voice like a broken angel's bell and write songs that could be a week or a hundred years old all at once? Alice Howe, that's how. I'm proud to know her now, because I think big things are going to happen with this lady.” --Vance Gilbert

Singer-songwriter Alice Howe is at once timeless and original. Treasured by audiences across New England and the Pacific Northwest, the Boston native joins a soulful, impeccably tuned voice with crafted poetry. Her songwriting is rooted in place and memory, raised on old English ballads and 1970s California folk yet entirely her own.

Alice moved back to Massachusetts in the summer of 2016 and has since opened for the likes of Antje Duvekot, Ellis Paul, Chris Trapper, Vance Gilbert, and Brooks Williams. Her latest EP, You’ve Been Away So Long, will be released in February 2017.

“Alice is always a hit whenever she opens for me. I could listen to her sing for hours. Her voice is beautiful as a bell, classic in that Joan Baez way, transporting, wistful…her vocal mastery and musicality are beyond her young years and her songs stay in my head for days.” --Antje Duvekot

A brave composer, performer, and traveler, Marina Evans combines strong, sultry vocals with traditional folk americana and an indie pop edge to create a sound that is all her own. Her studio work deftly combines various styles, genres, and instrumentation – from sweet ballads to folk anthems to straight up rock and roll – and paints a picture of a versatile and passionate artist.

Beginning her career as a teenager performing the American Songbook in a jazz duo, Evans found her voice as a songwriter while in college in New York City. Teaching herself folk guitar and mixing it with the jazz inflections she had honed in her voice – an aspect of her sound she still preserves today, performing not only as a songwriter but also with several big bands around New England – led to a unique blend of genres that she has refined over countless hours on the road, the stage, and in the studio.

In recent years Evans has written and released 3 original EPs and a full-length album, and has traveled with her music across the United States – from Portland to Nashville, New Orleans to Los Angeles, and everywhere in between. Marina has performed in London and in Italy as well, where she wrote, recorded, and co-produced her two records The Tuscan Sessions and Unbound with Italian guitarist and producer Bernardo Baglioni.