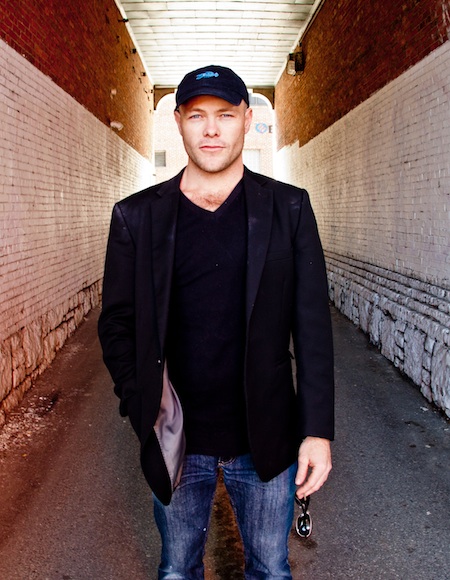 Evan Goodrow could be a textbook definition of an indie artist in the new world.
2016 marked the arrival of his 13th recording, “Loyalty” with his own (EGB) Evan Goodrow Band “a cult Boston act that plays by it’s own rules" that Charles La quidara of Boston’s famous “Big Mattress” quotes “Loyalty might be their best yet.”

Evan’s sound comes from a unique background in jazz and blues guitar but inspired by soul and mo-town singers. He sings soul, has won the Boston Blues Award,  and even had several of his singles make it to the Top 10 Amazon Digital Download Charts. More importantly, he maintains an ongoing dialogue with his followers (just completed a fan funded marketing program for the new recording on Pledgemusic) and even spends time jamming with Jimmy Buffett in the Caribbean. Strange? Not considering a performance history with B.B, King, Los Lonely Boys, and Peter Frampton. MVY Radio loves them (the EGB has it’s own channel). He's played concerts all over the world including appearances with B.B.King, Los Lonely Boys, Buddy Guy, and Peter Frampton, as well as recorded twelve of his own albums.  Big stages, small stages, backyard weddings, boating events, function halls, corporate events, non-profits, even the Marathon Finish Line stage in his Boston hometown.
www.evangoodrow.com